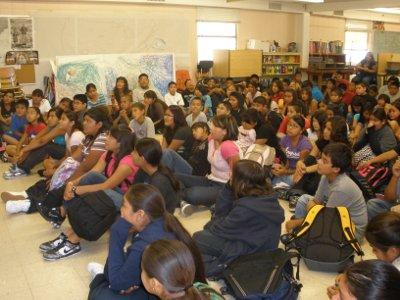 NACA’s student body population will include approximately 480 students representing over 60 different tribes. While 94% of our students are Native American, some have heritage that draws from other cultures such as African American, Caucasian, and Hispanic.

NACA emphasizes and celebrates the indigenous background of each person, regardless of their ethnic group, and acknowledges distinct linguistic, cultural and socio-organizational uniqueness through education.

The demographic breakdown of currently enrolled students includes:   93% Native American; 6% Hispanic; and 1% Anglo youth who reside within the urban city of Albuquerque as well as youth from surrounding cities, towns, pueblos, and villages.